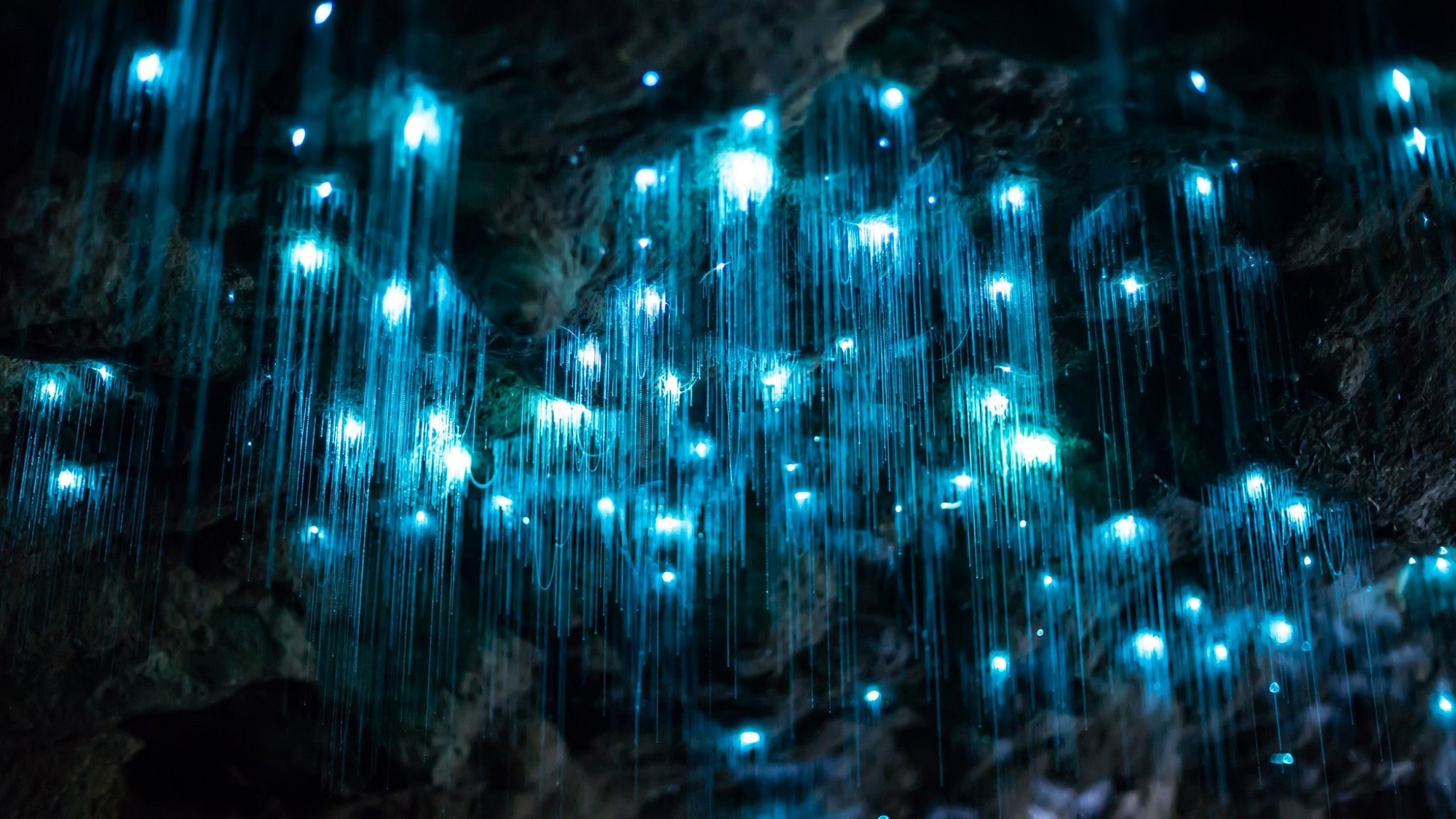 Explore the tropical rainforests of the Gold Coast Hinterlands and venture into the darkness to find yourself mesmerised by the glow worms hanging from the rocky overhangs and earth banks of the arched caves.

These magical invertebrates can be found in the Springbrook National Park where the majestic mountains include one of the largest concentrations of Australian glow worms.

Glow worms are in fact, not worms at all, but the larvae of a primitive fly, the fungus gnat. The adult fly resembles a large mosquito in appearance, compared to the larvae resembling a small caterpillar. These worms are famous for their natural blue/green light that they admit at night. The way these worms produce the natural glow is due to a chemical reaction within their body. A waste product, an enzyme, an energy molecule as well as oxygen reacts together to produce the natural light at the end of their bodies.

The reason for this glow is to draw in their prey. The small insects are ensnared to the glowing lights, and once reaching a short distance, are caught in the glow worm’s sticky silk threads. These silk threads drop from the cave ceilings, looking a lot like a sliver of hanging drool. Once trapped in the silk thread, the worms slowly draw up the insect to devour. This style of hunting is very similar to a spider’s web. The worm’s cycle is around 9 months and will remain in the caves feeding slowly until turning into a full fungus gnat adult. The adult life is much shorter compared to their larvae life span, only lasting a few days before perishing.

They prefer wet environments in a warmer temperature. Because of this, the Gold Coast’s humid climate is a perfect habitat for the worms. Springbrook National Park, a World Heritage listed area around about an hour away from the Gold Coast is home to the largest glow worm colony in Australia. Make sure to visit during December to March as these are the warmer and wetter months in Australia’s East Coast.

They are best seen after the sunset as the true magic begins after dark when they start to light up the areas they inhabit like stars in the night sky! Journey with the nocturnal tours to learn in more detail about these amazing creatures as our guides lead you through this evening wonderland.

Before your night adventure, begin your day with a tour through the rest of Springbrook’s national Park. See the stunning waterfalls dotted in one of the oldest forests in Australia. Stand atop the largest extinct volcanic caldera in the Southern Hemisphere. As well as marvel at some of some of natures wonders, such as the renowned Natural Arch.