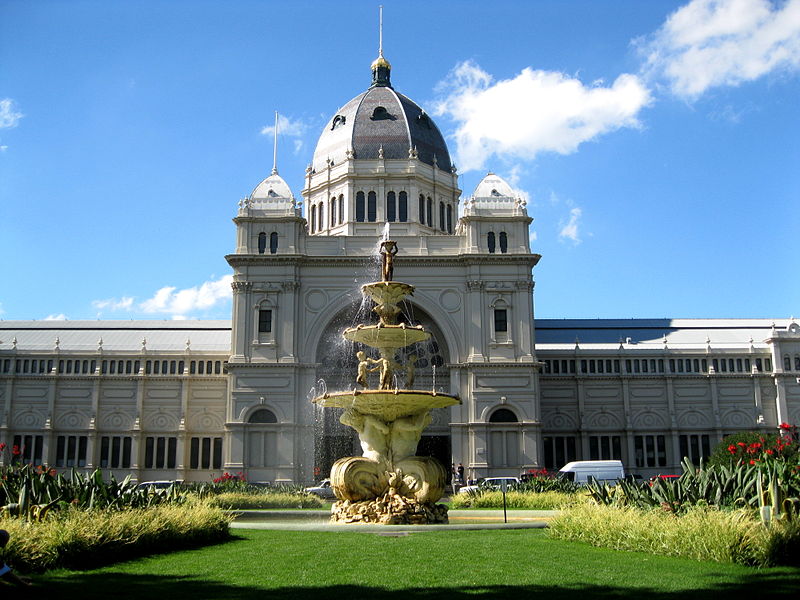 Getting to Know the Royal Exhibition Building in Melbourne

The iconic Royal Exhibition Building is just as beautiful as it is interesting!

Melbourne plays host to several impressive historic buildings, and the Royal Exhibition Building is one of the best. On a morning Melbourne city tour, you can experience this magnificent piece of architecture and learn more about its important role in the city’s rich history. The Royal Exhibition Building is a World Heritage Site-listed building that dates back to 1880, when it was originally built to host the Melbourne International Exhibition. Later, in 1901, it hosted the opening of the very first Parliament of Australia.

The History of the Royal Exhibition Building

The entire building and the Carlton Gardens were completed in 1880 for Melbourne’s first international exhibition, a product of the optimism, enthusiasm and energy of the people of Melbourne in the late-19th century. Melbourne was a prosperous city, basking in the wealth from the richest gold rush in the world. How better to publicise the achievements and opportunities in the colony of Victoria than by hosting an international exhibition?

Throughout the 90s, it underwent a series of renovations leading up to its UNESCO World Heritage listing in 2004. It was the first building in Australia to be awarded the title, and is still one of the last remaining 19th century exhibition buildings in the world.

Today, the Royal Exhibition Building is used for a range of functions. It is most commonly used as a commercial exhibition space, playing host to arrange of events throughout the year, including the Melbourne International Flower and Garden Show, gala dinners, fashion shows, and local community events. For 135 years, it has been a venue that brings new ideas to the people.

How you can see the Royal Exhibition Building

Melbourne Museum offers regular tours of the building, showing visitors the incredible, jaw-dropping architecture that has survived for so long and providing insightful details into the history of the building. The meticulously-restored interior provides the perfect backdrop for its triumphant tales, from its very start right up until its rebirth as the very first World Heritage listed building in the entirety of Australia.

Throughout Melbourne, there are plenty of historic buildings to enjoy, but none quite like the Royal Exhibition Building, which is one of the oldest Pavilions left in the world.

It started as a place for art and historic relics, and has now become an important part of the Melbourne cityscape. As well as hosting events and conferences, it is also the exam hall site for many of the schools in the local vicinity, where it plays a role in the city’s education system.

Visiting the Royal Exhibition Building is a must-do when you’re in Melbourne, if not just to see its magnificent dome and the breath-taking architecture that has stood the test of time. And then, on the inside, you can marvel at the well-restored interior and dig deeper in the fascinating stories that lie inside this magnificent building.