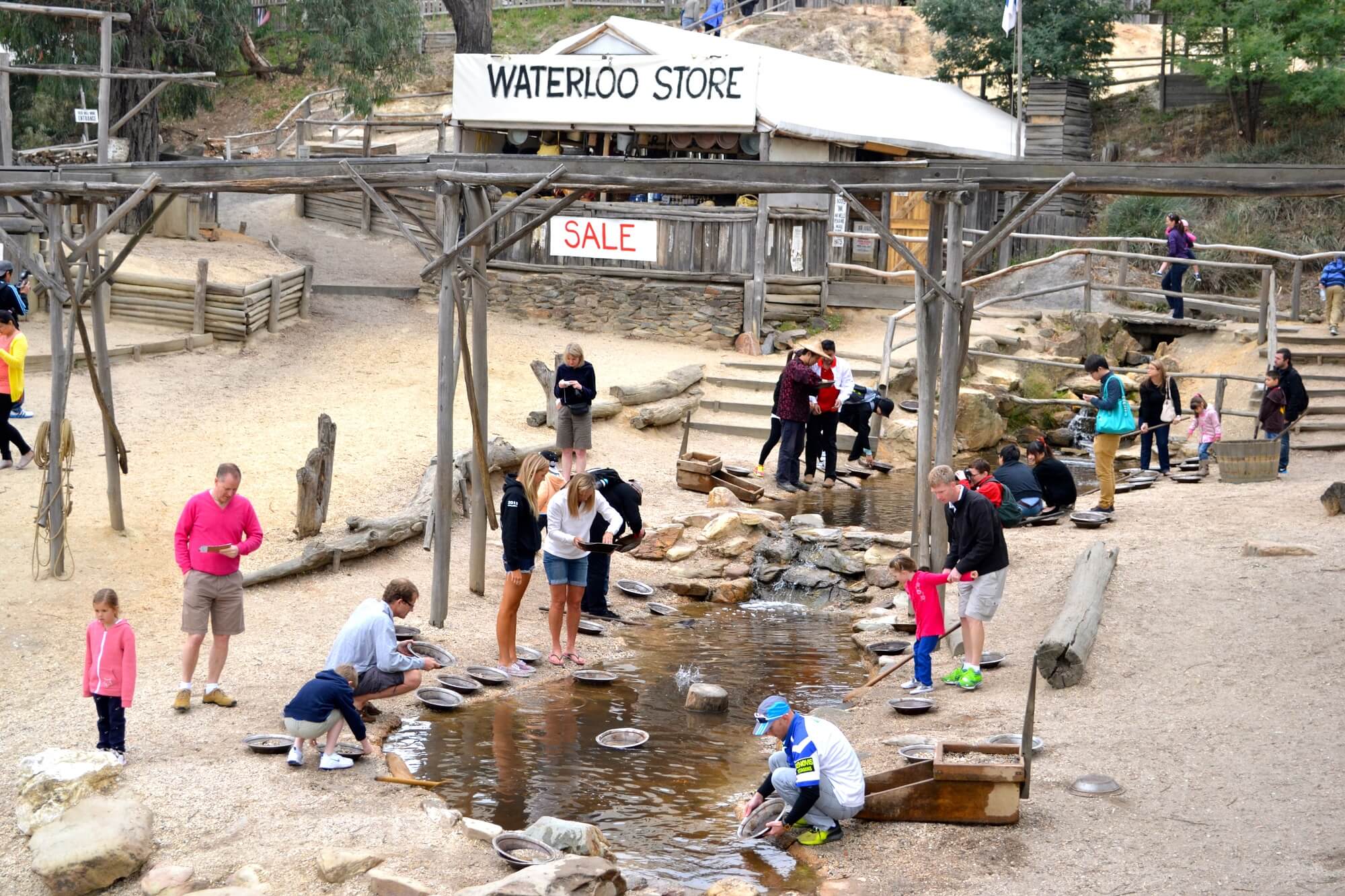 Mining for Gold at Sovereign Hill

Step back in time and experience Australia’s historic gold rush!

Back in the 1850s, Victoria was a popular gold-mining hotspot, and there are still plenty of vintage towns dotted around that hark back to this fascinating time. A visit to Sovereign Hill will offer you the chance to learn more about this important part of Australia’s past and experience some of the picturesque towns around it that have been dubbed the Golden Trail.

The History of Sovereign Hill

Sovereign Hill is one of the country’s most popular open-air museums, stretching out to form an entire town amidst Ballarat. Recreating the enchanting first ten years in Ballarat after gold was first discovered in the region’s bushland during the early 1850s. Rumours spread around the globe and resulted in thousands of adventurers to flock to Australia’s shores in search of fortune. Over time, the gold rush banks became so popular, people began to live here permanently, setting up shops and schools to support the growing population. In this historic museum, you can relive this through a range of interactive exhibits and educational activities.

Throughout the museum, everything is laid out in 1800s style. Ladies in costumes parade down Main Street, while the Red Hill Gully Diggings give visitors the chance to pan for their own real gold. Elsewhere, there are underground mine tours, horse-drawn coach experiences, and the chance to go shopping in 1850s-style boutiques. As well as the designated exhibits, the streets themselves act as a theatre for visitors, where actors replay old scenes and the stage is set in an old-fashioned homage to the gold rush itself. When visiting, you can even test the staff, asking shop keepers about their daily work duties, and enquire to the gold rushers how much fortune they have found.

When darkness falls, Sovereign Hill comes alive in a multi-million-dollar show of sound and light. “Blood on the Southern Cross”, as the experience is known, plays out the dramatic and fascinating story of the 1854 Eureka Uprising, and is well worth a watch if you want to learn more about this unique time in Australian history.

Fun Things to Do at Sovereign Hill

Explore the Ballarat Tours from Melbourne