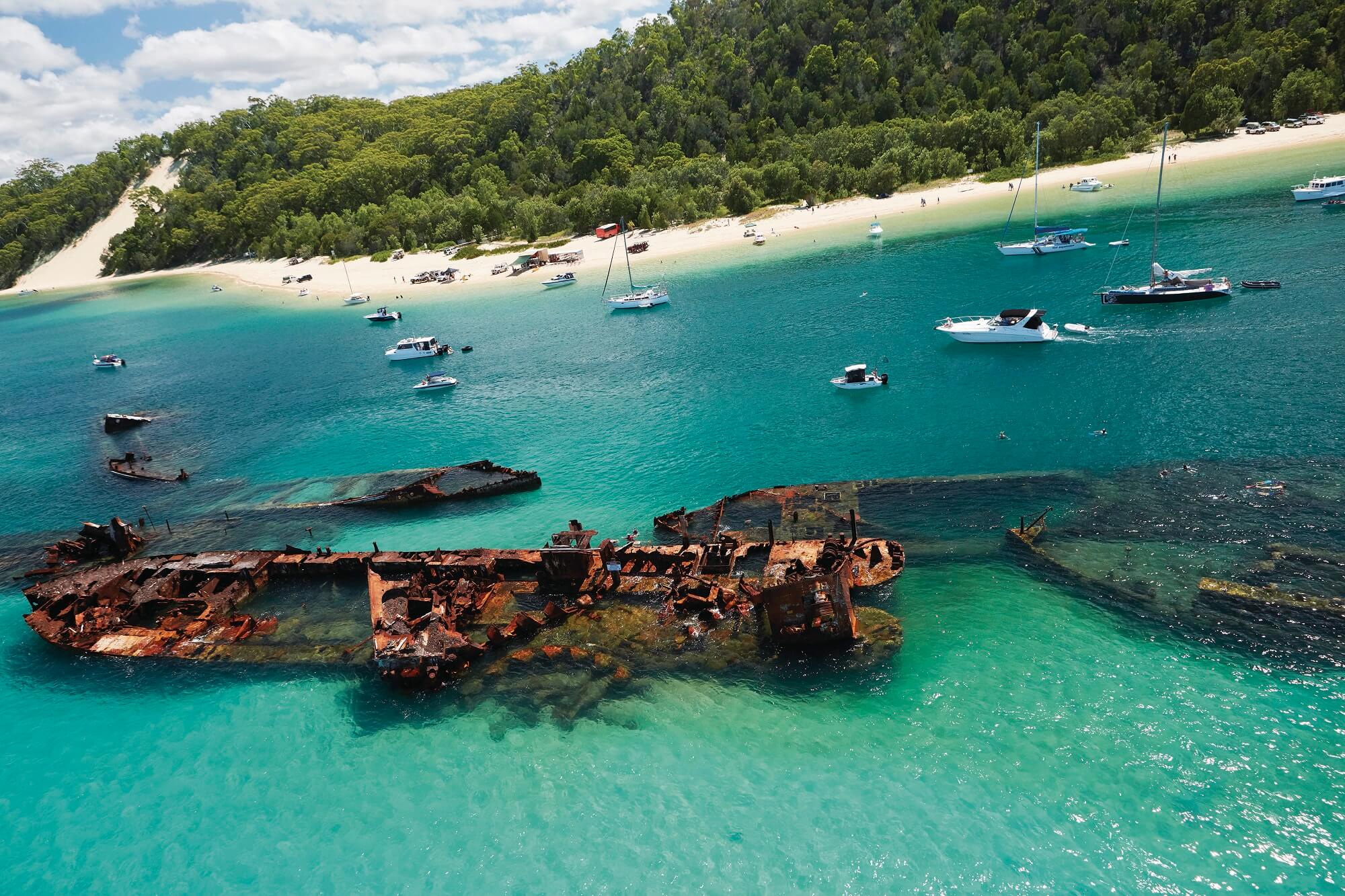 It is listed as one of Australia’s best snorkeling locations, set amongst sunken ships and unique marine life!

Found 25 kilometres off the coast of Brisbane, Moreton Island boasts an array of fascinating offshore reefs peppered with shipwrecks and colourful marine life just waiting to be explored. Snorkelling Moreton Island is one of the most popular ways to discover everything it has to offer, seeing the picturesque underwater scenes that can be explored all year around.

Snorkeling around Moreton Island is an incredibly popular activity thanks to its numerous wrecks and its eclectic collection of marine life. Whether you’re looking to learn more about the shipping history of the region or simply want to experience the serene underwater world, taking a snorkelling trip is the perfect introduction.

Related article: How did the Tangalooma Wrecks on Moreton Island come to be?