What is Sydney famous for?

Sydney is Australia’s favourite travel city: a sparkling metropolis by the sea, complete with astounding architecture and endless activities. 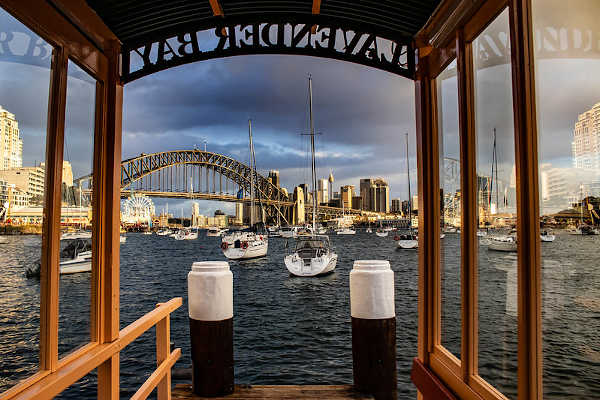 So, when the question arises of what Sydney is famous for, you’re almost spoiled for choice. With that in mind, let’s take a look at some of the most exciting experiences in The Emerald City.

Sydney Harbour, without a doubt, is the world’s most beautiful, with its giant, arching bridge, glistening waters and incredible Opera House. Sure, you can take in the wonders of the harbour from many amazing vantage points, but the ultimate way to see this miraculous part of the world is by climbing to the top of the Harbour Bridge itself.

These unforgettable tours allow you to ascend, by foot, to the summit of this stunning bridge, with all the beauty and charm of the harbour awaiting you at the top. For people looking to immerse themselves in the beauty of Sydney, there is no better way than with a Harbour Bridge climb!

The Sydney Opera House is one of the world’s most famous buildings, and easily Australia’s most recognisable human made landmark. Tourists from around the world flock to the Opera House to marvel at its giant, shell-like structures, meandering around its perimeter and snapping Gram-worthy shots.

Unfortunately, many of these people overlook one of the best ways to experience this incredible monument to human ingenuity: an Opera House backstage tour! Yes, visitors who look a little further into this monument delight in the opportunity to learn about the fascinating tales that have transpired behind the curtains. A variety of tours run throughout the year, ranging from kid-friendly options to nighttime, ghostly experiences.

Chill out at one of the world’s most famous beaches

Bondi Beach is a sprawling shorefront where scores of people ascend on to kick back, grab some sun and have a swim, whilst hopefully not ending up on an episode of Bondi Rescue. This beautiful beach is famous for a reason: it’s such a great place to spend a sunny day in fabulous Sydney!

Related article: What Tours You Can Still Enjoy in Sydney