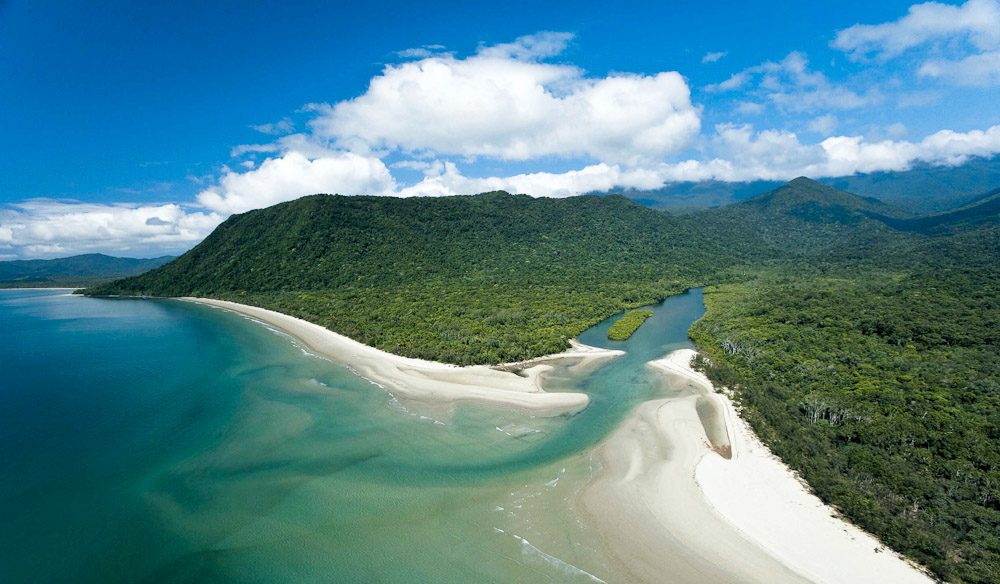 How is Daintree rainforest being protected?

The lush greenery of the Daintree Rainforest is ancient, unique, and a mesmerising sight to see!

Undoubtedly one of the world’s most famous rainforests in existence, here the plants shine a brilliant green and the air is thick with moisture and wildlife sounds. Nestled in the tropical Queensland, the rainforest dates back a whopping 180 million years ago, spanning out 1200 square kilometres. Listed on the World Heritage Sites, it’s easy to get lost in this green wonderland. But nowadays, this spectacular rainforest is facing peril, with a number of factors affecting the area which will lead to its eventual demise.

The threats the Daintree faces

Throughout human’s existence, we have continued to put a strain on our earth with overdevelopment, a build-up of energy, and destruction. One of the main consequences of these factors is climate change, which is affecting our entire planet. Our world is producing more and more greenhouse gas, which is causing an overload to our planet, and a shift in our environment’s temperature. As the Daintree is a sub-tropical rainforest, it relies on the environment to maintain its tropical heat and continuous rainfall to survive. With an increase in temperature and a decline in rainfall, devastating droughts will ensure, resulting in many of the wildlife to die out.

Development is another leading factor in the rainforest’s demise. A number of large corporations and private owners purchase the land, wanting to cut down sections of the forest to fit rural houses and farmland. This can lead to fragmentation within the forest as well as an invasion of foreign weeds.

Logging is causing a devastating effect on the Daintree, with more logging causing an endangerment or extinction in some unique plants to the rainforest. The biodiversity of the forest is dropping, with more and more animals losing their homes.

How they are protecting it now

The Daintree is a World Heritage Listed site, added to the list in 1988. The entire protected area is around 12 square kilometres, stretching from Townsville to Cooktown. This ensures no development or negative damaging to this area, as this area has the highest number of plant and animal species in the entire world, a number which are endangered, or extinction. However, the protected area does not cover the entire rainforest, with a number of areas up for grabs for destruction. Companies, such as Rainforest Rescue, have continued to help these areas from harm, by repurchasing the privately owned areas and helping endangered animals and plants survive.

What can we do further?

The rainforest needs everybody’s help to survive! Being a sustainable member of society, meaning a decrease in both energy use and waste, while only buying sustainable products, will help the overall environment, including the Daintree. Donating to rescue companies which directly help the rainforest can also give you that warm fuzzy feeling when helping others.