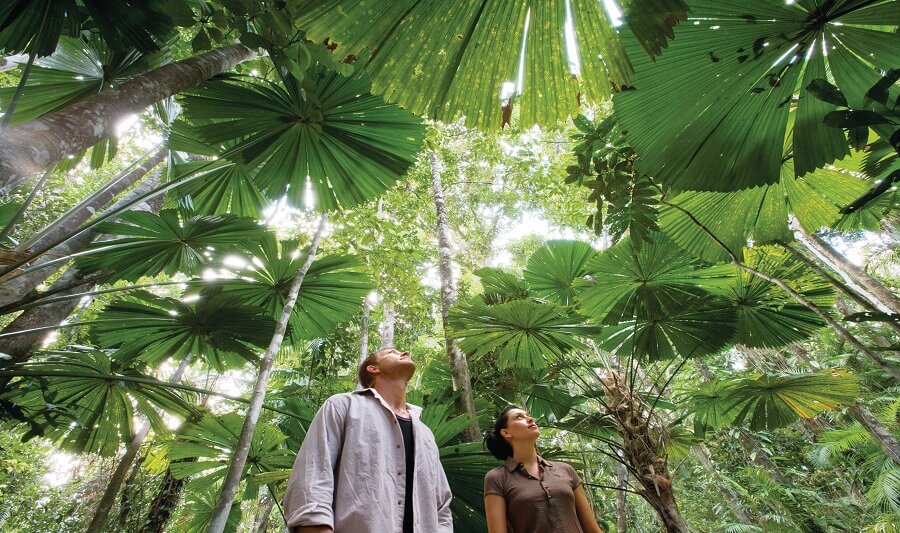 How Was the Daintree Rainforest Formed?

The dazzling region of Daintree Rainforest is an ancient land.

Filled with historic plants and rare species, listed as one of the most biologically diverse and structurally complex rainforests on the planet. But how did it all begin?

Although each rainforest is unique in itself, there are key features which define it as a tropical rainforest. The majority are structured in four layers: emergent (the top layer), canopy, understory, and the forest floor. Each layer is crucial as has its own independent system with a diverse range of species living in it.

Millions of years ago, Australia was covered in lush tropic forests, being continuously warm, humid, and heavy in rainfall for the bulk of the year. There were ancient rainforests in strange and surprising places, including the now very dry Uluru region. Over time, Australia‘s land became drier and arid, leaving only a small remaining area which had the ideal climate and topography for a rainforest to survive; the ancient Daintree rainforest. It is now one of the oldest rainforests in the world, dating back 180 million years, which is around 10 million years older than the Amazon.

What’s Inside the Daintree Rainforest?

The Daintree Rainforest spans across 1,200 square kilometres of land, which equals 16 times the size of Singapore. Many ancient species have lived comfortably without reason to evolve over the years. With descendants of pre-historic creatures and plants dating back 110 million years. As well as being ancient, the wildlife is diverse. With birds, reptiles, insects, and mammals roaming the region. 30% of all Australia’s frog population call the Daintree home, as well as with 65% of butterfly and bat and 18% of birds. With even exceptional rare species hanging about that aren’t found anywhere else in the world. The Plants living within are just as ancient and rare, with thousands of types that are both unique and prehistoric plants.