What types of grapes are grown in the Barossa Valley?

The Barossa Valley is one of the best wine-making regions around, offering a wide selection of great choices, from reds and whites to pinks, and sparklings.

There are over 40 wine grape varieties planted in Barossa, with plenty of wine blends made out of these grape types.

The History of Barossa Valley’s Wine 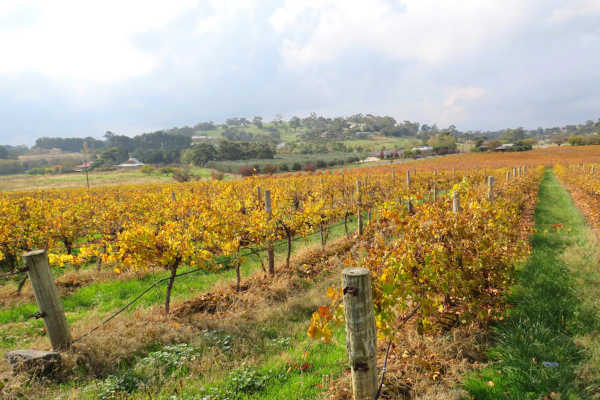 Hundreds of years ago, the local Aboriginal communities lived within the region now known as the Barossa Valley. They used burning techniques across the valley to help regenerate vegetation and drive animals away from the undergrowth, leaving behind the perfect winemaking region, with plenty of open stretched land and rich soil from continuous burnings. After the Europeans settled the land, they saw the valley’s potential almost immediately and named the region the ‘Barossa Valley’, after Spain’s ‘Barrosa’ region in Andalusia.

The Most Popular Wine in Barossa Valley

Shiraz tends to be the number one choice when selecting wine in the Barossa Valley, with both the climate and soil creating conditions to deliver some of the most powerful, flavourful shiraz styles in the world. The shiraz from Barossa centres around powerfully ripe blackberry, dried currant and even mocha aromas, making it a perfect pairing with rich foods such as red meat and potatoes. Although shiraz wine is popular year-round, it skyrockets in status during the cooler months of Australia. With the chilly days and nights, the red varieties are the perfect way to warm up to as you sit next to the roaring fire and dine on the local produce.

The white wine of Barossa Valley

After the reds of Barossa comes the white, being a close second in the popularity chart. Riesling, chardonnay, and semillon are the most popular grapes planted in the Barossa, with these white varieties winning multiple awards and selling across the world.