Which is the best month to visit Melbourne? 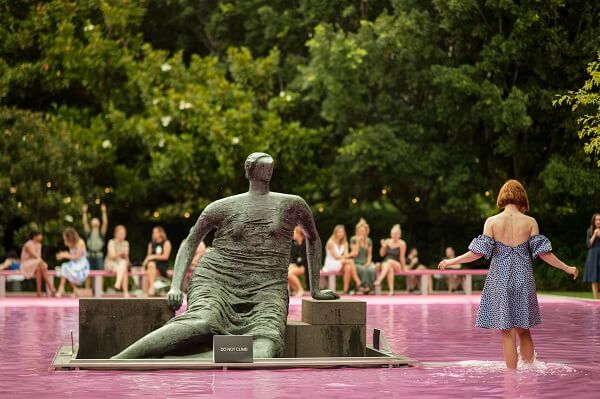 From marvelling at a master’s exhibition at the National Gallery of Victoria (NGV) to watching Australia’s greatest sporting spectacle Aussie rules play out to dining on anything from scrumptious banh mi to Peruvian ceviche, Melbourne is a city that truly has it all!

Deciding on the best month to visit Melbourne depends partly on what you want to do in the city. For example, Melbourne summers are unpredictable, with cool temps one day leading into ghastly hot temps the next.

This being said, Melbourne has plenty of stellar events in the summer months, from music festivals to NGV Summer Nights and the Queen Vic Summer Night Market.

We recommend avoiding Melbourne in the winter months from June to August – it really is bloody cold around then. So, if you can’t make it in summer, do your best to make it in the shoulder months, from March to April and October to November, as this is when you’ll be able to catch a footy game in some more pleasant temperatures!

These are some of the best experiences that await you in superb Melbourne:

If there is one thing Melbournians are fiercely proud of it is their footy, being the home of the sport and the city with the most competing national league teams. There is nothing better in the winter months than checking out one of these awesome spectacles, where two teams battle it out for the most points on a massive field.

The best thing about going to the footy as a newcomer is heading to a match, choosing your side and backing them with the same passion the lifelong fans have for them!

The NGV isn’t one of the stiff old galleries you might find in European cities: it’s a funky testament to art’s joy and versatility, with no event showcasing this more than NGV Summer Nights.

The gallery puts on weekly celebrations of the summer exhibition they are hosting, with live shows, music and garden dancefloors all the norm – it’s a truly spectacular event and one that shouldn’t be missed in the summer months.

This is one that should really be kept to the spring and summer months, but a laneway coffee is a Melbourne rite of passage. Melbourne’s laneways are unlike any other inner-city landscape in the world, making it the perfect place to enjoy our famous coffee or a cocktail on a summer afternoon…

Related article: Ultimate Itinerary for One Week in Melbourne

Previous article: How long does it take to walk around the base of Ayers Rock?
Language »
Covid-19 Information and UpdatesRead More