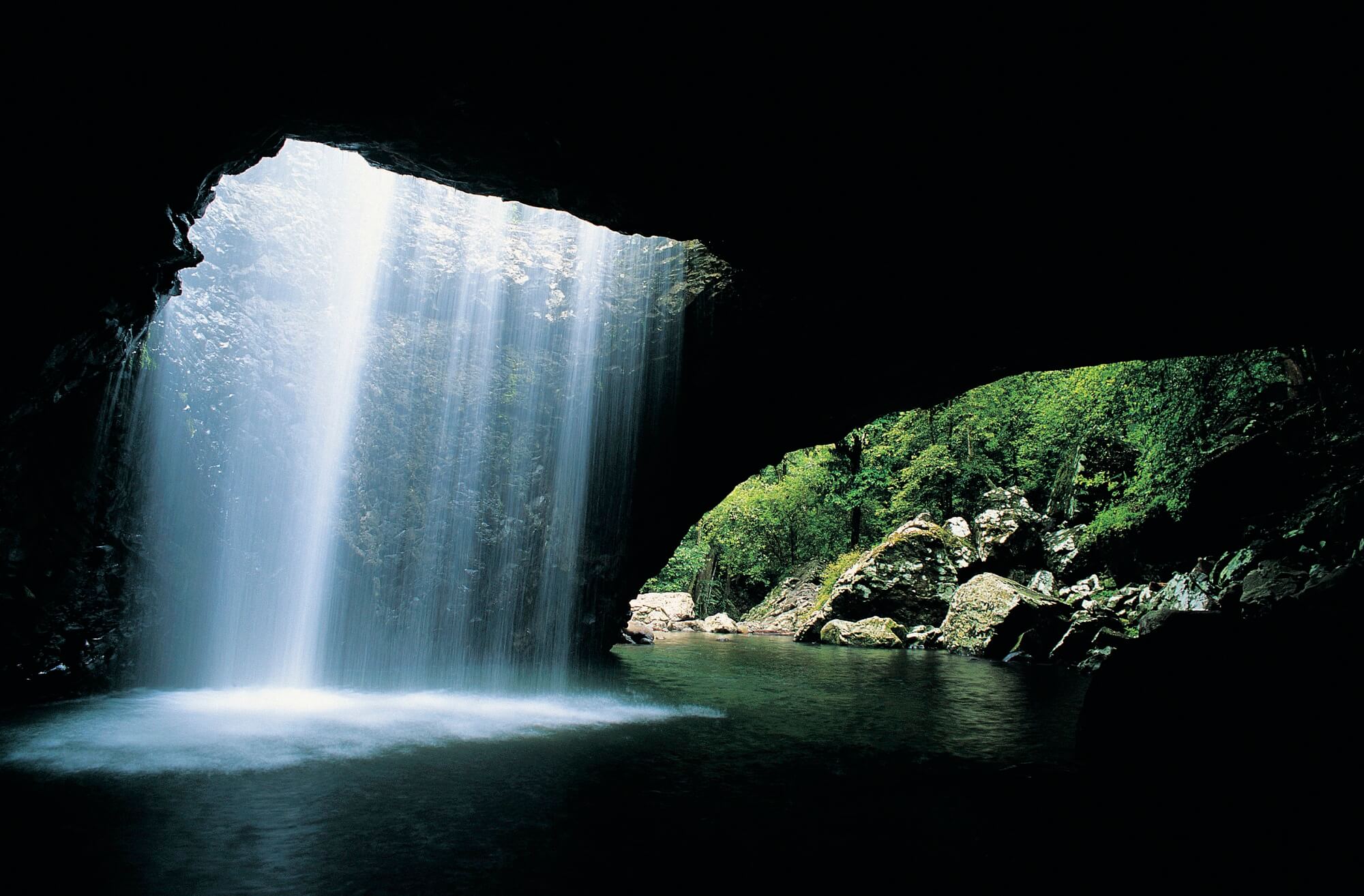 Springbrook National Park’s picturesque Natural Arch, also known as the Natural Bridge, is the home to a waterfall, glow worms and a colony of tiny bent-wing bats.

The stunning rock formation was once formed by the force of the waterfall and the destruction of its surrounding caves. The Natural Bridge receives 1500mm of rain during the hot, humid summer, though in the winter season, the bridge can often clear up and be sunny.

During your visit here, take your time to get to know the wildlife that surrounds the Natural Arch. The colony of glow worms living underneath the bridge can be found spread out in the cave of darkness and you will find yourself being mesmerized by the hanging glow worms on the ceiling and rocky overhangs of the arch.

The Springbrook National Park and its Natural Arch are serene natural sites just outside of the buzz of the Gold Coast. So, what are some of the wonderful adventures that await you in and around this most lush part of sunny Queensland?

The Natural Arch is the starring attraction of the ever-impressive Springbrook National Park, and the reason why avid walkers pack their bags and take the magical trails that lead up to this amazing natural formation. The Natural Arch itself is a surreal sight to see, nestled so peacefully into the park’s walls like a hidden oasis.

The arch itself is a uniquely wondrous site to see at all times of the day, but what awaits you there at night is like nothing else you’re likely to see for miles and miles…

Found only in Australia and New Zealand, glow worms are incredibly fascinating creatures whose name represents, well, exactly what they do: glow! A moonlit hike through the buzzing Gondwana Rainforest will take you to the Natural Arch, where the luminescent spectacle awaits you – the alighting of thousands of otherworldly glow worms!

It is truly one of the most magnificent sights to see in all of Queensland, and makes for the perfect end to a tranquil night tour of this most vibrant national park.

The stunning surrounds of the Springbrook National Park are the ideal place to partake in an amazing activity that is all too often forgotten in city life: stargazing. Leave the lights of the Gold Coast and head out to the Springbrook National Park, where you will not only see the shining light of the resident glow worm population, but also that of the mesmerising constellations above!

You may be able to spot Australia’s most recognisable constellation, the ever-inspiring Southern Cross, lighting up the peaceful night sky.

As we said previously, Springbrook National Park is a pretty mesmerising place to visit at any time of the day. Whether you’re traversing through the stunning rainforest, heading out to the Natural Arch to take in its magnificent tropical splendour, immersing yourself in one of Australia’s only glow worm colonies or gazing upon stunning starlight, this national park is easily one of Australia’s most stunning…