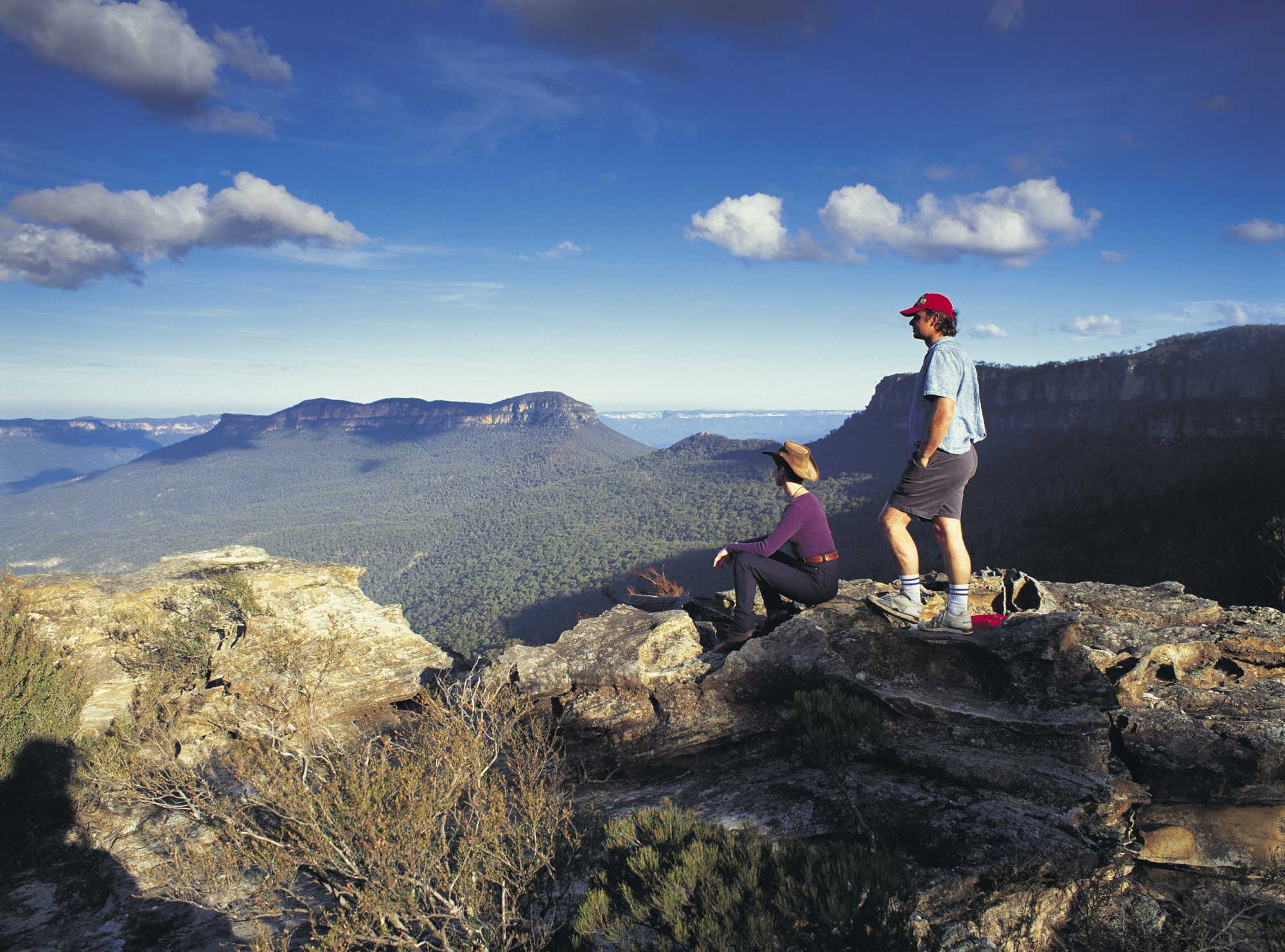 Things to Do in Blue Mountains

One of New South Wales’s best natural attractions: The World Heritage-listed Blue Mountains! Covered in spectacular mountains, deep canyons, and stunning rock formations. Roughly an hour away from Sydney city, it is a perfect day trip adventure away from the hustle and bustle to marvel at the natural wonders of the world.

The entire region of the Blue Mountains took 250 million years to fully form, after slowly moulding by shifting earth plates, water, wind, and even volcanic lava. The end product was a mountaintop land completely covered in ancient bushland, with deep canyons, unique rock cliffs, and cascading waterfalls speckled about.